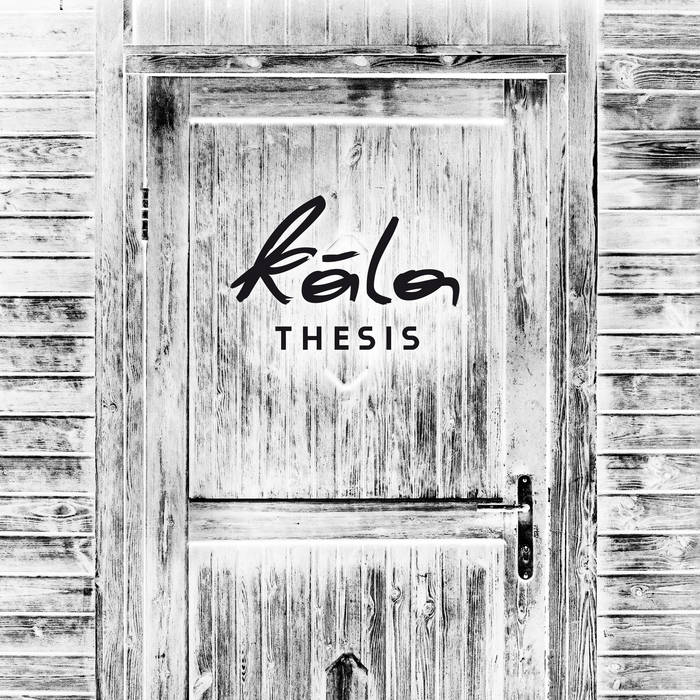 It is an old idea that the more pointedly and logically we formulate a thesis, the more irresistibly it cries out for its antithesis.“ ( Hermann Hesse)

Founded only two years ago, kála have rapidly become one of the most promising bands of Austria who playfully succeeds in blending different genres from post-rock to hardcore punk and incorporates an ambitious visual aesthetics to their band. The first EP called "Antithesis" was published in autumn 2014, a year after their foundation, and was recorded in the rehearsal room with the principles of DIY.

On their second EP, which was released worldwide digitally via Uncle M Music, kàla is giving their predecessor an answergiving: The thesis to an antithesis. In the five songs the quintet from Innsbruck is primarily dealing with individual stories of people, as well as their inner life and interpersonal phenomena.

Designed as an intro the first song "Monologue", for which also an atmospheric music video was created, introduces the topic of the EP and paves the way for the other songs with its angry and desperate sound. The following songs are mainly about two people: “Emil“ and “Helena“. Binding elements between the two characters are the four other songs, but especially "Tristesse" and "Disconnected". None of the five songs saves on mighty hooks and powerful vocals, which immediately recalls early releases of Piano Become The Teeth, La Dispute oder Break Even.

Bandcamp Daily  your guide to the world of Bandcamp

Guest hosted by Tamar Osbourn aka Collocutor and Toshio Matsuura.