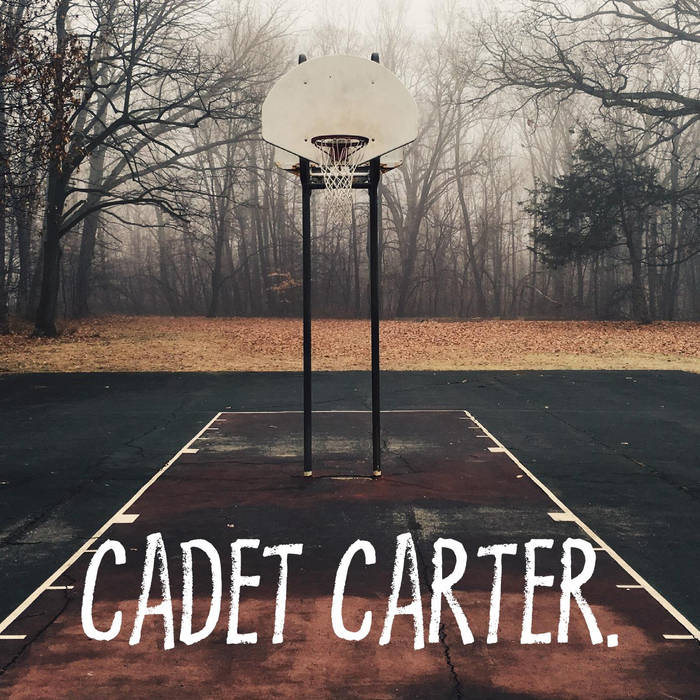 Sometimes, life makes you take difficult decisions. Those decisions often imply painful changes that have to be made because our personal world is getting more and more problematic. Very often, starting all over is the best way out. CADET CARTER have made that difficult decision, and they have started all over.

Within a mere few weeks since starting out in the early summer of 2017, the Munich-based four-piece have established themselves as a Punk Rock insiders' tip, blending 90s College Rock, Punk and Emo to create their very own sound - with Germany's leading newspaper Sueddeutsche Zeitung calling them a "fresh breeze of air for the genre".Without a doubt, CADET CARTER live up to these expectations. Their version of punk-induced Indie Rock finds its place somewhere between the urgency of The Get Up Kids, Jimmy Eat World's anthems and the lyrical candidness of Nada Surf. Still, CADET CARTER's sound can only be described as remarkably unique.

Their debut LP CADET CARTER is perfect the proof of this statement. The melody of Car Park Song is just as catchy as it is full of euphoria, and its lyrics speak to everyone will to change their own destiny, and start all over again. On the other hand, Settle Me Down talks about having roots to ground you when things get rough, while Loose End deals with the exact opposite: What can you do when you haven't got any roots at all? CADET CARTER take you on a journey to a better world. They show you how things could be if it were all a bit less problematic. Those journeys can sometimes be bittersweet. However, "for 36 minutes, you're in a different place", as singer Nick puts it. CADET CARTER is a highly entertaining record full of tunes that will stick in your head for days, with a set of lyrics ranging from escapism to the desire of starting all over. It's a subjective and human record with the overall message to get out there, fight, and never give up.

The topic of "starting all over" is the main recurrent message on CADET CARTER - a record the band has released on Uncle M Music. The Münster-based record label is also home to artists such as Anti Flag, Chuck Ragan, and fellow Munich-based outfit Blackout Problems. Looking back at the history of CADET CARTER's band members, it becomes even more apparent how important reboots can sometimes be. Nick, Passy, John, and Benny have been around the block a few times, playing in bands such as Pardon Ms. Arden, About An Author, or Gravity Lost. With CADET CARTER, they have finally found their way to create their very own musical journey.

Bandcamp Daily  your guide to the world of Bandcamp

Guest hosted by Tamar Osbourn aka Collocutor and Toshio Matsuura.